The Honourable Company of Edinburgh Golfers were delighted to host the County Cup Final at Muirfield and support Junior Golf in East Lothian.

“The County Cup final at Muirfield today was a fantastic match with Kilspindie beating Dunbar in extra time when each match had to play 3 extra holes. The final winning putt for a par was holed on the 3rd green by Freya Constable after two very close four-ball matches had ended up level on aggregate after 18 holes. James Wood and Connor Currie played in the scratch match for Kilspindie against Dunbar’s Jack McDonald and Blair Welsh, and Dunbar finished 2 down. In the handicap match, Freya Constable and Scott McAdam for Kilspindie, finished 2 up against Dunbar’s Murray Welsh and Kiron Gribble. The spectators then enjoyed a bonus by getting to watch the thrilling “sudden death” play off. Completed draw attached below.

Many thanks are due to the Honourable Company of Edinburgh Golfers for hosting this event. This gave a chance to many of the Juniors to play this wonderful Open Championship test, for the first time. And thanks also are due to the Muirfield management and members for providing each of the 8 finalists with a souvenir scroll and ball marker. ELJGL prize vouchers will be given to both Teams. Thanks are also due to the Committee of ELJGL Convenors who devised and organised a much needed boost to the Players in a very difficult season. 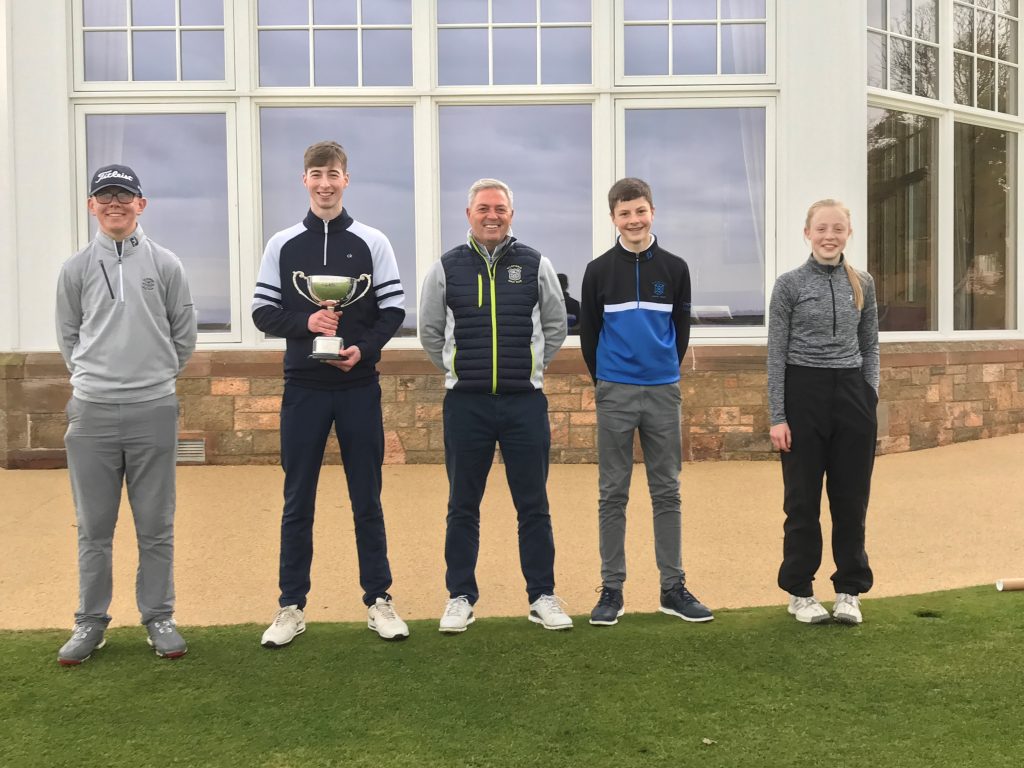 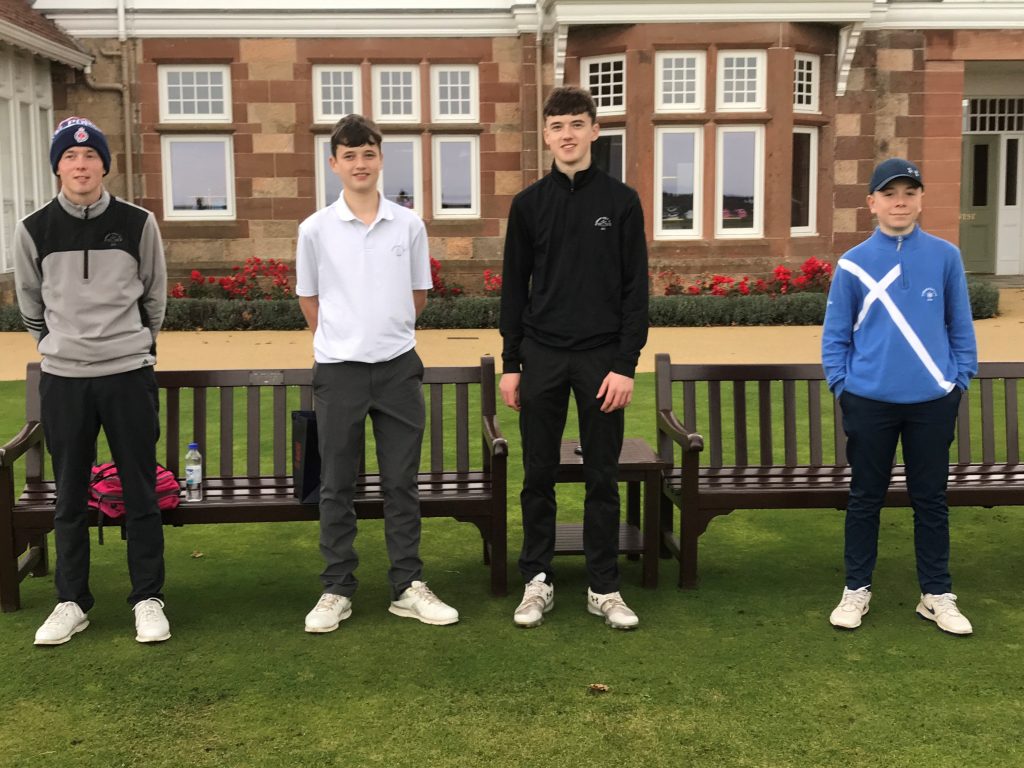 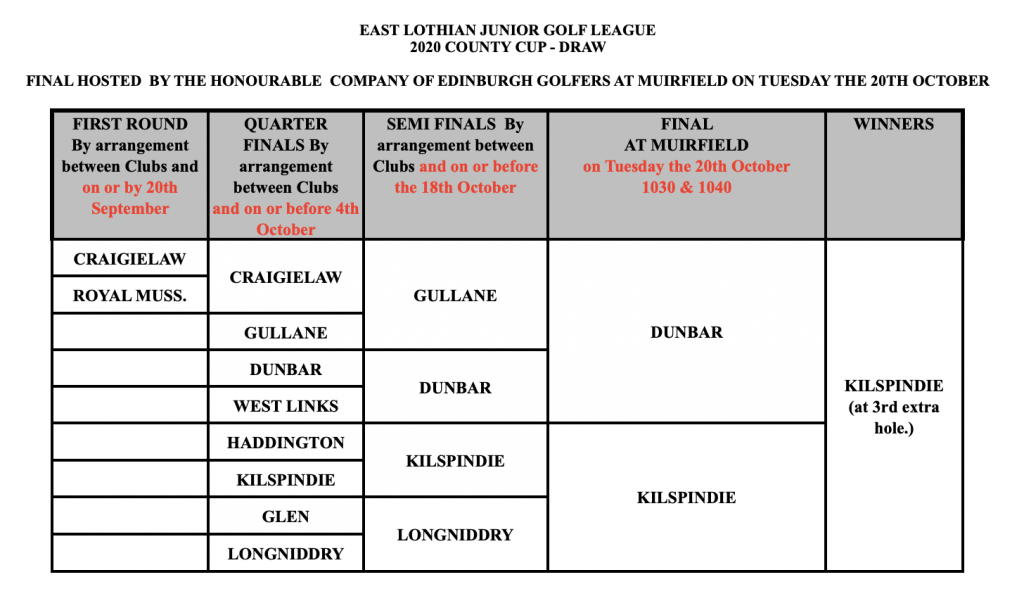