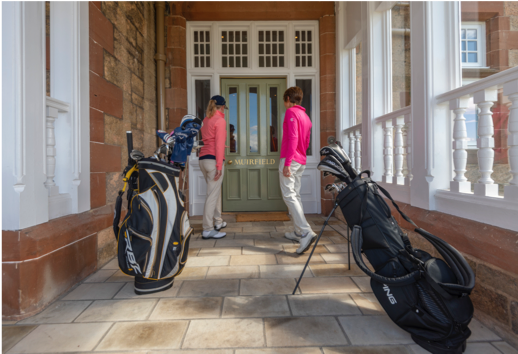 The Honourable Company of Edinburgh Golfers (HCEG), which has its home at Muirfield in East Lothian, Scotland, has formally invited women to join the club as members for the first time since voting to change the club’s rules in 2017.

Twelve women, along with three men, have been invited to take up membership from 1st July after taking part in the club’s traditional process, which is the same for all members.

“It is my great pleasure to announce that 12 women have been formally invited to join the Honourable Company of Edinburgh Golfers this month. This marks a milestone in the Club’s illustrious history, and we look forward to welcoming all of our new members to share in the great values and traditions of our club.

“We are delighted now to have completed the extensive renovation of the Clubhouse which includes improvements to the whole building for the first time since 1980. We now have a Clubhouse that matches our world-class golf course.”

The renovated Muirfield Clubhouse, which was originally built in 1891, also houses an exceptional display of the club’s history and memorabilia. It includes a showcase of the ’13 Rules of Golf’ – the earliest known written rules of the game which were drafted by the club in March 1744. Also on display is the Silver Club, the sport’s first trophy, which was presented on March 7th, 1744.

As is the tradition at HCEG, individuals who are invited to become members of the club must first be proposed and seconded by existing members and five referees. The club’s membership is then invited to write in support, or otherwise, of those put forward, who are personally known to them or have golfed with them. This process is the same for men and women.

Twelve women, two of whom are overseas candidates, have now successfully progressed to this final stage of the approval process. They have now been formally invited to join as members of The Honourable Company of Edinburgh Golfers.

“This year marks the 275th anniversary of the club’s first recorded golf competition. We are proud of our club’s rich history but equally excited for its future and the part all of our new members will play in the club’s cherished traditions.”