On March 7th 1744 the Edinburgh Town Council presented a silver club for annual competition by ‘The Gentleman Golfers’,  In doing so they  required that ‘proper regulations’ governing conditions of play, be written and the  thirteen Rules of Play were duly produced. Thus was the Company of Edinburgh Golfers created and recorded in the first minutes of the Club which also state that surgeon John Rattray won the Club’s first competition

In 1795 the Club applied to the Lord Provost, the Magistrates and Council of the City of Edinburgh for a Charter. This was granted on March 26th 1800 together with a Seal of Clause under the new title of ‘The Honourable Company of Edinburgh Golfers’.

From the outset, the Company was being asked for its opinion and decisions on the Rules of Play and so, in 1775 and again in 1809 the rules were revised and expanded. With many members in common, the Royal & Ancient Golf Club of St Andrews also helped answer those rules questions and, in the late 19th century, The Honourable Company passed over all authority for future changes and decisions on the rules to the R&A.

By 1830, the popularity of the game and subsequent overcrowding at Leith Links, led some Company Members to begin playing on a new lay-out within the horse-racing course at Musselburgh Links along the coast from Leith. After a few years of financial mismanagement leading to the sale of the original clubhouse and several early portraits to pay off debts, the Club’s last tie with Leith was severed when the Company moved to Musselburgh in July 1836. Without a clubhouse the Members stored their clubs in rooms under the race-course grandstand. This was hardly suitable and in 1868 the Club built a clubhouse, and started to charge members an annual subscription. The Musselburgh course was now shared by four clubs and once again, overcrowding led the Club to move.

In 1891 they purchased The Howes, another old horse-racing track on the Archerfield Estate at Dirleton leading cynics to claim that all The Honourable Company had done was move ‘from one race-course to another.’  The course, called Muirfield, was designed by Tom Morris and, within a year it hosted the Open Championship.

The ethos of golf for the Club is two-ball match play, either singles or foursomes, other forms being discouraged but permitted on occasion. The Club hosts several formal dinners each year at which foursome matches are arranged by Members, wagers are placed and all participate in the betting.  Spring and Autumn Medal competitions for the Club’s many trophies cater to those who enjoy the ‘card and pencil’ game.  Members’ guests are always welcomed and other visitors have two days each week -Tuesdays and Thursdays – when they can play. Contrary to some opinions, ladies can play at Muirfield either as guests or visitors, every day of the week.

The Honourable Company has always had at heart the interest and well-being of the game and has been an innovator when hosting tournaments. This was evidenced, initially, by the creation of the original  13  Rules and  later by convening and chairing the 1919 meeting at which the R&A were asked to take over  the administration of the Open and Amateur Championships from the individual host clubs which had previously run them. The Club’s social conscience is demonstrated by the number of charity events that are hosted or organised at Muirfield and the willingness with which the Club plays host to local and national tournaments.

The Honourable Company welcomes men and women golfers to play the course throughout the year and everyone coming to Muirfield is encouraged to enjoy the atmosphere of our Clubhouse. 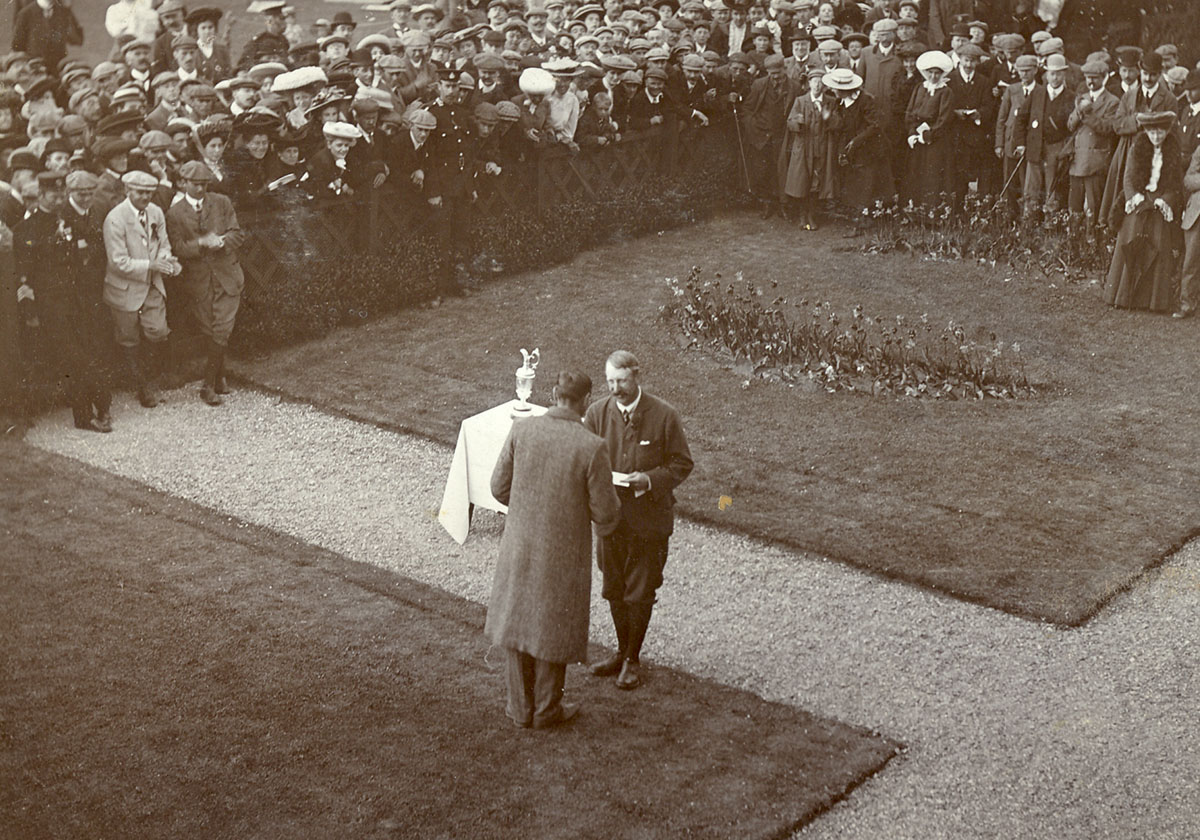 The course at Muirfield was created by Old Tom Morris in 1891 and then re-designed in 1925 by Harry Colt using the original area and an additional 50 acres purchased by the Club.