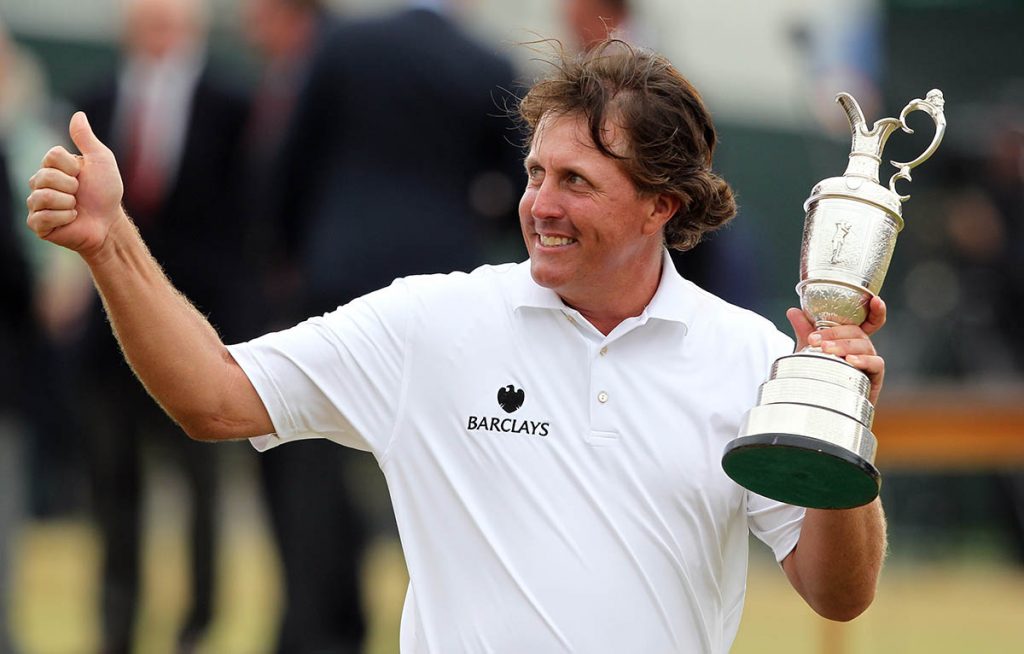 US golfer Phil Mickelson poses for pictures with the Claret Jug after winning the 2013 British Open Golf Championship at Muirfield golf course at Gullane in Scotland on July 21, 2013. Mickelson won the British Open at Muirfield with a superb final round of 66. The 43-year-old American won with a three under total of 281, three strokes clear of Henrik Stenson who had a closing 70. AFP PHOTO/PETER MUHLY (Photo credit should read PETER MUHLY/AFP/Getty Images)